This is how your world could end 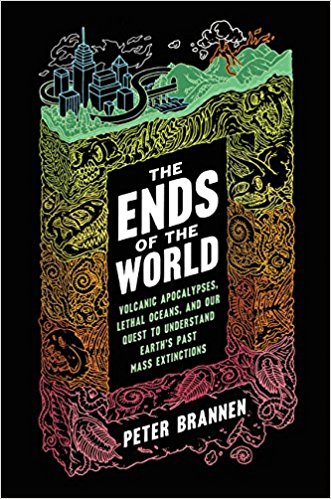 (Peter Brannon - TheGuardian) In an extract from his book Ends of the World, Peter Brannen examines mass extinction events and the catastrophic outcome of rising temperatures for all the world’s population

Many of us share some dim apprehension that the world is flying out of control, that the centre cannot hold. Raging wildfires, once-in-1,000-years storms and lethal heatwaves have become fixtures of the evening news – and all this after the planet has warmed by less than 1C above preindustrial temperatures. But here’s where it gets really scary.

If humanity burns through all its fossil fuel reserves, there is the potential to warm the planet by as much as 18C and raise sea levels by hundreds of feet. This is a warming spike of an even greater magnitude than that so far measured for the end-Permian mass extinction. If the worst-case scenarios come to pass, today’s modestly menacing ocean-climate system will seem quaint. Even warming to one-fourth of that amount would create a planet that would have nothing to do with the one on which humans evolved or on which civilisation has been built. The last time it was 4C warmer there was no ice at either pole and sea level was 80 metres higher than it is today.